The ATFS Annual
The International Track and Field Annual

Thru the years various members of the A.T.F.S. have taken on the onerous task of editing the yearly publication.

In 1985, renowned British statistician and broadcaster Peter Matthews took over the editing and assumed management of the publication from the A.T.F.S., renaming it The International Track and Field Annual.  Many A.T.F.S. members still contribute to each years publication.

Each yearly edition is generally available by late April/early May, with current financial members of A.T.F.S. receiving their copy soon after publication.

Previous Editions
Editions from 2010 to the present (2019) are still available and can be obtained by contacting the publisher, SportsBooks, as detailed above.
Publications prior to 1980 are all but out of stock, while limited numbers of editions produced between 1981 and 2009 are available from the A.T.F.S. by contacting the Secretary, Michael McLaughlin to ascertain availability of the desired year. 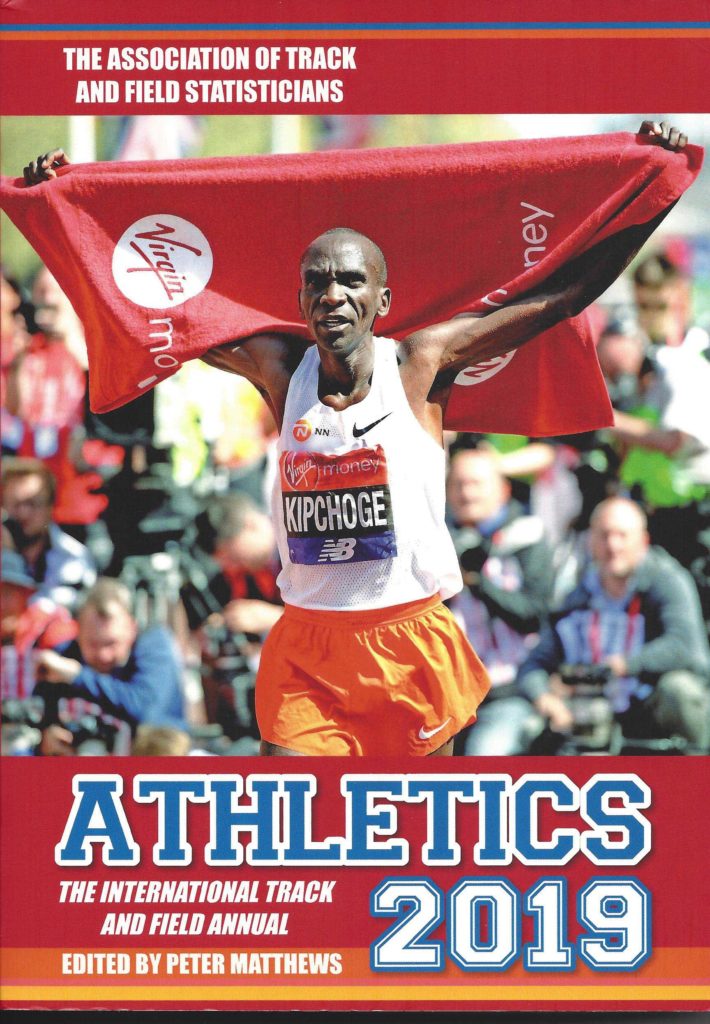